How to Regain Your Financial Freedom 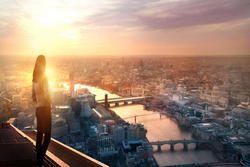 When you borrow money to buy a house, you don't mortgage a home, you mortgage your financial freedom. The same happens if you go into debt to buy a car, to furnish the apartment, or to go on vacation.

In most cases, when you borrow money or take a mortgage, you become a slave to your debts and therefore no longer have financial independence.

Not all debts are bad. If by going into debt you manage to obtain a return higher than the cost of your debt or if that debt allows you to increase your income, it is good debt.

Everything else affects to a greater or lesser extent your financial freedom. Yes, I know what you're going to say, hey most mortals need to take out a loan to buy a house to live in. But it is also true that the lower your mortgage, the freer you will be.

Debt is a new form of slavery in the 21st century. Thousands of citizens, companies, and entire governments condemned to work to pay a debt, which is sometimes unaffordable. And all for owning an object or, that sometimes we don't even need.

Advertising, the media, and the facilities that the banks give us make us believe that we can buy things for which we do not have enough money. Everything is designed to activate our greed and envy. We see that the neighbor has bought a brand car and we long to have a newer and better one.

We fall into the trap because we think we can afford it. And that trap deprives us of our financial freedom.

The modern financial system has created a legion of junkies hooked on credit. Something very urban and of our times, but which once again highlights the lack of financial culture. Financial education that by the way, I think that neither banks nor governments are interested in us having.

On the other hand, someone who has lived poorly for years, even saving enough to buy a house or car, has always seemed like a redneck. A very village attitude, but in essence, it represents the concept of financial freedom.

Except that this path to financial freedom does not have to be as cheap as that of the village hick, who is obsessed with making his money without knowing what he wants it for, or how to invest it correctly.

It is not about not spending and becoming the richest in the cemetery. As much a slave is he who is in excessive debt, as he is obsessed with saving as much money as possible.

Accumulating money is not an objective in itself. Financial freedom consists of establishing financial goals based on certain needs and being able to fulfill them at the desired time, regardless of debts.

Financial freedom requires being able to avoid taking excessive financial risks and knowing how to save for a specific purpose.

In a way, financial freedom consists of finding an emotional balance between the management and use of money. But the lack of financial culture prevents us from having a clear vision of these types of ideas.

Lots of people get angry if they don't get a loan. Many tend to say, "They have to give it to me because I can pay for it." Others however are rich in money, but poor in their lives. It is symptomatic to ask yourself, what do I want the money for and not being able to give a concrete answer.

I have often heard during these years of crisis that we have lived beyond our means. When in fact it should be said, that the system had been able to create a great number of slaves of debt and money.

Do you know what it is like not being able to leave a job you hate because you have a mortgage? Can you imagine being left without a job loaded with debt? What would you feel if you couldn't go out for a beer because you bought a car that you didn't need?

The lack of financial education makes it easy for many people to lose their financial freedom almost without being aware of it. If you don't want to be a slave anymore, I'll just tell you one thing. Money matters may seem boring or so easy that they do not require your attention. Personal finance is not a game. Seek financial freedom or debt relief and train. Failure to do so can lead to ruin. 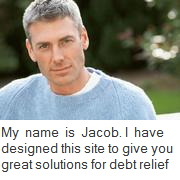